A pitch-black satire about a pop star on the verge of a nervous breakdown, from the bestselling author of Killing Bono

Zero is the latest craze. Young, sexy and brilliant, he is a multi-hyphenated (singer-songwriter-rapper-producer) superstar for the digital generation. According to his publicist at least. He’s also a narcissistic, insecure, hyperactive, coke-snorting, pill-popping, loud-mouthed maelstrom of contradictions skating over the thin ice of terminal self-loathing.

He has touched down in New York with his sycophantic entourage for the launch of a new single/album/movie/tour. It is countdown to Year Zero. But the boy at the centre of the media feeding frenzy is cracking up. Inside the echo chamber of his own skull, he isn’t sure he deserves all the attention, doesn’t even know if he wants it anymore and is being driven half-mad by the mysterious absence of the love of his life.

As the crucial hour approaches the young star cuts and runs, setting off on a wild trip across America pursued by paparazzi, fans, fortune hunters and his Mephistophelian manager, Beasley. He’s about to find out that when you have the most famous face in the world, you can run? Â but you can’t hide. 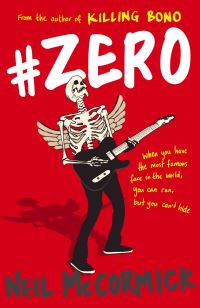