Adriatic recounts the shared history of the countries around the sea, from Italy to Croatia and beyond, from the Romans to the present.

Adriatic spans over two thousand years of history and the whole of the eastern Mediterranean region around the Adriatic sea and part of the neighbouring Ionian sea. Ever since the Romans, these lands and their peoples have experienced the coming and going of great empires, including occupation by the British in recent centuries, and the demise of the Austro-Hungarian Empire after the First World War, which had its origins in this combustible region. The book untangles a rich and complex history into the twentieth century, before the former Yugoslavia once again fractured.The fascinating and highly accessible account emphasises the interplay between different parts of the Adriatic: on the plus side, the alliances that countries formed, often through trade or royal marriage, and on the negative side, the rivalries that divided states and ended in war, invasion or the overthrow of government. The narrative is filled with personal stories of individuals from many different periods that illuminate the real issues of their day, and explores the political, cultural and economic developments, together with the major conflicts from earliest Roman times, through the Crusades, right up to the battles of the Second World War. 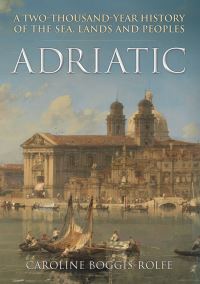