To commemorate the 400th anniversary of the deaths of Shakespeare and Cervantes, six Hispanic and six English-language authors have each contributed a previously unpublished story in tribute to these giants of world literature. With Ben Okri, Deborah Levy, Kamila Shamsie, Yuri Herrera, Valeria Luiselli and others, introduced by Salman Rushdie.

The lunatic, the lover, and the poet, are of imagination all compact.’ – William Shakespeare, A Midsummer Night’s Dream. To commemorate the 400th anniversary of the deaths of William Shakespeare and Miguel de Cervantes, And Other Stories and Hay Festival have selected twelve contemporary international authors to each write an original and previously unpublished story as their tribute to these giants of world literature. In order to celebrate the international influence of both writers and offer us new and intriguing perspectives on them, six English-speaking authors have taken inspiration from Cervantes and his work, while six Spanish-language authors have written stories inspired by Shakespeare. The authors are Ben Okri, Deborah Levy, Kamila Shamsie, Yuri Herrera, Marcos Giralt Torrente, Juan Gabriel Vasquez, Vicente Molina Foix, Soledad Puertolas, Hisham Matar, Nell Leyshon, Rhidian Brook and Valeria Luiselli. An introduction by Salman Rushdie explores the liberating legacy of Cervantes and Shakespeare for contemporary fiction. 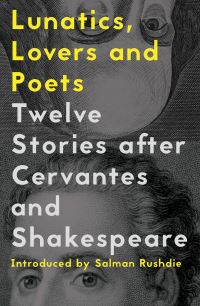