Don and Is career around Essex and London, tilting at windmills, abusing petrol station assistants, fighting with each other and everyone around them. They are on a quest, as far as Don is concerned, to reveal the truth about history (or the lack of truth) and to uncover the secrets of the hyperfine transition of hydrogen. But Is, like most of us, isn’t really sure what Don is talking about. And all he really wants to do is get through to the next day, and back to his family. Both of which turn into extremely tricky propositions, as Don takes him ever deeper into danger, and the very structure of reality begins to turn against them both.

The Forbidden Line, the November release from Galley Beggar Press, is a monster. It’s fat, uncompromising and gloriously eccentric. Which is as it should be – since it’s a retelling of Don Quixote combined with a recreation of the Peasant’s Revolt; a gleeful hybrid of science, pseudo-science, absurd theory and profound, ingenious philosophy. Don and Is career around Essex and London, tilting at windmills, abusing petrol station assistants, fighting with each other and everyone around them. The wildest book to be released on Cervantes’ 400th anniversary. 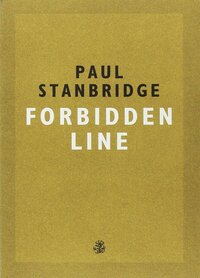