Writing the Love of Boys

Despite its centuries-long tradition of literary and artistic depictions of love between men, around the fin de siÃ¨cle Japanese culture began to portray same-sex desire as immoral. Writing the Love of Boys looks at the response to this mindset during the critical era of cultural ferment between the two world wars as a number of Japanese writers challenged the idea of love and desire between men as pathological.
Jeffrey Angles focuses on key writers, examining how they experimented with new language, genres, and ideas to find fresh ways to represent love and desire between men. He traces the personal and literary relationships between contemporaries such as the poet Murayama Kaita, the mystery writers Edogawa Ranpo and Hamao Shiro, the anthropologist Iwata Jun’ichi, and the avant-garde innovator Inagaki Taruho.
Writing the Love of Boys shows how these authors interjected the subject of male-male desire into discussions of modern art, aesthetics, and perversity. It also explores the impact of their efforts on contemporary Japanese culture, including the development of the tropes of male homoeroticism that recur so often in Japanese girls’ manga about bishonen love. 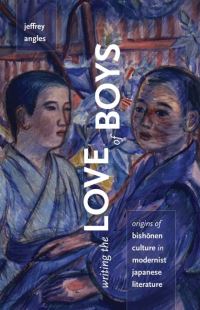 You're viewing: Writing the Love of Boys £20.99
Add to basket