Buenos Aires, 1992. Hacker Felipe Felix is summoned to the twin towers of magnate Fausto Tamerlan and charged with finding witnesses to a very public crime. Refusal is not an option. After a decade immersed in virtual realities, trying to forget the Falklands War, Felix has to confront the city – and realises that the war never really ended.

Buenos Aires, 1992. Hacker Felipe Felix is summoned to the vertiginous twin towers of magnate Fausto Tamerlan and charged with finding the witnesses to a very public crime. Rejecting the mission is not an option. After a decade spent immersed in drugs and virtual realities, trying to forget the freezing trench in which he passed the Falklands War, Felix is forced to confront the city around him – and realises to his shock that the war never really ended. A detective novel, a cyber-thriller, an inner-city road trip and a war memoir, The Islands is a hilarious, devastating and dizzyingly surreal account of a history that remains all too raw. 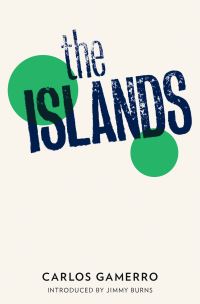