A young woman and her extraordinary connection with a pod of dolphins. From the award-winning author of Theory of Bastards.

“The Dolphin HouseÂ is a true heartbreaker.”-WiredÂ

“Compelling … This thought-provoking novel, based on real events, probes communication between species and between sexes.”-Shelf Awareness

It is 1965 and Cora, a deaf young woman, buys a one-way ticket to the island of St Thomas, where she discovers four dolphins held in captivity, part of an experiment led by an obsessive Dr Bloom. Drawn by a strong connection to the dolphins, untrained Cora falls in with the scientists to protect the animals.

Recognising Cora’s knack for communication, Bloom uses her for what will turn into one of the most fascinating experiments in modern science: an attempt to teach the dolphins human language.

As the experiment progresses, Cora forges a remarkable bond with the creatures that leads to a clash with the male-dominated world of science, threatening to engulf the experiment as Cora’s fight to save the dolphins becomes a battle to save herself. 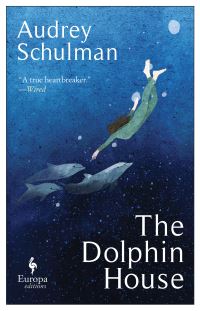 You're viewing: The Dolphin House £12.99
Add to basket